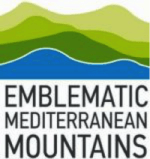 The Project “Creating of a Network of Emblematic Mediterranean Mountains” is implemented and financed in the frameworks of the LEADER approach of the Rural Development Programme 2007-2013.

The main goal of the project is to create a sustainable network of emblematic Mediterranean mountains through which the partners in the project shall exchange experience, know how and models of organisation of these territories, with strong tourist potential and at the same time they will share responsibility to preserve their fragile and precious ecosystems.